There are a few meanings of vocalizing or vocalization. Some define it as this:   “to utter vocal sounds; to sing. Specifically, to sing without words. Merriam Webster defines “vocalizing” in this way:

: to make voiced rather than voiceless : VOICE

: to convert to a vowel

: to furnish (something, such as a consonantal Hebrew or Arabic text) with vowels or vowel points

When I think of music, sounds, and vocalizing, my mind goes to ancient times, before written language existed.  How did people communicate?  Was it through simple sounds and gestures? They had to develop language.  Plenty of history includes stories about how sound may have even moved gigantic stones—the stones we see in Stonehenge (above) and Pyramids that were not from the environment and had to be moved many miles.  Then there is the concept of “acoustic levitation” which highlights the power of sound that can exert physical force!  Having been to Egypt and seen the huge stones and sarcophagi inside the pyramids, it would seem likely that no other way would have been possible.  What do you think?  Energy can be created by vibrations, but is it enough to move even one rock weighing many tons? I find this fascinating to ponder!

When I was performing in Japan, I met scientists who were conducting experiments using sonar devices to study how far sound waves could travel under water and the effects they might have on whales and other sea life. 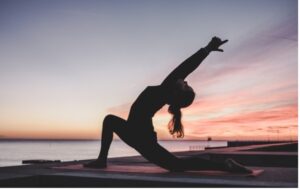 Vocalizing also makes me think of one of my favorite activities: Yoga. Using the breath, focusing inward and releasing your breath with sounds creates an internal song, especially when you chant the sound “OM or AUM.” Pronounced Oh Oooo Mmmm, this word is a sacred sound considered by many ancient philosophical texts to be the complete sound of the universe, encompassing all other sounds within it. And according to some doctors, scientists and psychologists, there are benefits to chanting it. When you chant Om,  there is a vibration that is felt through your vocal cords that can clears and open up the sinuses. Chanting Om also has cardiovascular benefits. It reduces stress and relaxes your body which can lower blood pressure and help the heart beat regularly in a consistent rhythm. The sound vibrations can have a healing effect on mind, body, and soul. 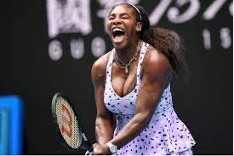 Vocalizing also comes into play in many other aspects of life. Sports like tennis and karate specifically focus on energetic releases of sound and breath. If you watch or play sports AND listen, pay close attention and you will see and hear chanting sound and vocal releases in many different ways and volumes. 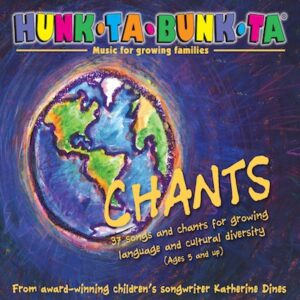 Aside from connecting breath and vocalizing, one of the main reasons I created an entire album of chants was so educators could use them to empower non-English speakers to start vocalizing.  There is a direct connection between chants and songs, so all of the songs I included on the album are closely related to chants. They are repetitious and melodically simple.  The first chant I ever learned was when I was about 6.  It’s a field holler that is several hundred years old and was passed down from my great-great grandmother.

Field hollers were used between 1600 and 1900 and were primarily vocalized across fields by slaves as they worked on cotton and tobacco plantations, worshipped or gathered for entertainment. “Hunk-Ta-Bunk-Ta” Enjoy “Hunk-Ta-Bunk-Ta Boo Yoo Hoo! (Field Holler) chant:

Chants are used by peoples all over the world.  Here is one sung by fishermen in Sri Lanka as they cast out and pull in their nets from the sea. Enjoy Sri Lankan Fishermens’ chant:

This one is from Jamaica and is about riding a donkey up and down hills and gullys. Enjoy Hill and Gully Ridah chant:

Wherever you go, try focusing on your breath and hum.  Then open up your ears and start listening to the amazing sounds around you.