Far Away and Home Again: Part 2

Our adventure didn’t stop in Turkey! From Turkey we flew to Cairo, Egypt (population 35 MILLION), where our friend took us out for a traditional Egyptian dinner that included liver and pigeon and ended with  shisha– a tobacco you smoke through a hookah (waterpipe). It comes in many flavors including mit and bubble gum. We visited the 3 main Giza Pyramids where I climbed up into a 5500 year old sarcophagus (stone casket), and then to Saqqara—where ancient discoveries are being made almost daily. It was 119 degrees! And we couldn’t miss a trip to see “Garbage Town” where 30,000 people live, sifting, sorting and recycling mountains of garbage. My senses were on overload—the smells and the sound of the garbage trucks. What an astonishing land. 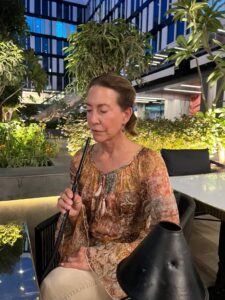 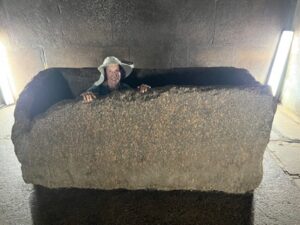 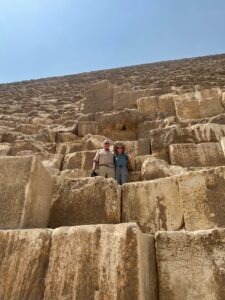 Believe it or not, we are still far away and not ready for home. We then flew from Cairo to Mara Salaam, to scuba dive for 8 days in the Red Sea. We met amazing people—all from Europe– since the Red Sea is only a 4-5 hour trip for them. I dove 2-4 dives each day and saw sharks, swam with dolphins, climbed up a lighthouse, and watched a black-colored octopus crawl out from a hole in the coral, swim over to a large rock and morph in a few short seconds to match the green brown and gold of the rock. Had I gotten there any later, I would never have seen it. The sounds deep in the ocean are noisy and on one dive my body responded to the deep rhythmic drumming of what turned out to be… an OIL rig working 50 miles away. If it affected my body that much, imagine what the sounds of machinery must do to tiny fish and coral. 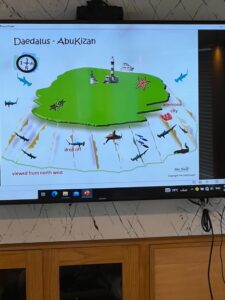 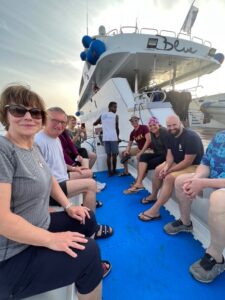 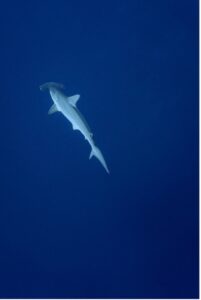 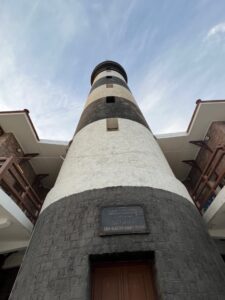 Can you believe this trip?  Are you as inspired as I was?  We then drove 9 hours through the desert from Mara Salaam to Aswan, which was an incredible experience. Did you know there are huge gold mines in the middle of the Egyptian desert?  I didn’t. We saw farmers, Bedouins (who work in the mines),  passed some 10 checkpoints which were there only to make sure none of the Bedouins were stealing gold, and spent one luxurious night at the Old Cataract Hotel, where I literally got lost inside our suite.  The hotel is actually featured in the movie, “Death on the Nile.” The next morning, we boarded an old-style Egyptian sailboat called a Dahayiba—and floated down the Nile (which runs south to north) to Luxor and Valley of the Kings, where there are many Egyptian tombs. We had a fantastic guide there, a Nubian named Abdulla who took us to small villages and stopped so I could swim in the Nile with some new Muslim friends. The sounds of their laughter, and the splashing made me so happy! 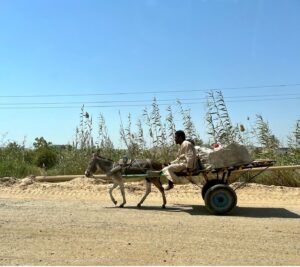 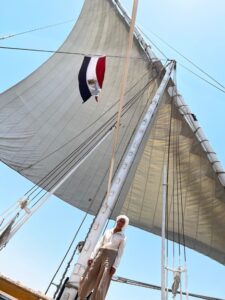 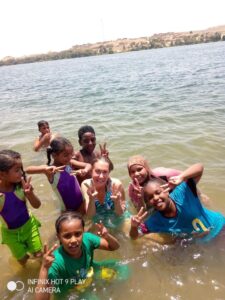 It was most definitely a “trip of my–or anyone’s– lifetime.” I will never forget what I saw, smelled, tasted and heard in those 5 weeks.  The sensations will linger forever and I am so grateful to the love of my life for creating all these experiences.  I am very so fortunate to have gone so far away yet so glad to be HOME again. I can’t wait to see what songs come from these experiences.