Lately I’ve been pondering how music and the music making process has changed over the years. As an “indie” (that’s short for “independent”– meaning someone who isn’t connected to a specific record label or publisher), song writer, musician, writer, producer, publisher and performer with 25+ years of experience,  I’ve seen some incredible  changes in: 1) lyrical content  2) the recording process, 3) sound mixing 4) how listeners consume and experience music  5) music marketing and distribution, and… even more!

1. Songwriting. One of my first lyrics written in 1991, features a mom at home, and a dad going to work. That’s not happening these days. Mom could be the bread winner, or there might be two moms, or both partners could be working. Writing songs and paying attention to current themes, is super important.  Our human population continues to evolve.  15 years ago I could cite “Three Blind Mice” as a nursery rhyme to introduce one of my new songs about mice.  Everyone knew that rhyme.  Not anymore!  There isn’t a school I know who would teach that rhyme, because a “farmer’s wife cut off their tails (of mice) with a carving knife”….   Now we are all about, pollution, kindness to animals, human rights, sexual equality and diversity, cultural diversity, what families are, and how people work, and new words and expressions in our vocabularies are just a few of the changes that effect song lyrics.

2. Recording Music.  11 of my 12 albums were made in studios using live musicians.  My first in 1990, required 1/2 tape, which I JUST had transferred to a digital disc, because after 20 years,  tape has a shelf-life and will start to disintegrate. I made my latest album digitally, by sending all my tracks from Denver back and forth to an incredible producer who lives in Indiana!

3. Listening to music.  My first musical WOW was listening to Joni Mitchell’s vinyl album in my friend’s back yard.  I loved reading along to the lyrics on the album cover, and wore the needle of my record player out listening. Or what about my car when it used to eat my cassette tapes.  SOOOOO frustrating! Or having to throw away a CD because it was scratched, or the player kept kept kept repeating or skipping. 10 years ago I got an iPod classic and have used it faithfully to perform. Yesterday I did a show and didn’t have it with me, so used my phone and BlueTooth to get the tracks.  No cords required!   And when I’m cooking, there isn’t anything better than saying: ALEXA, play Reggae, or Pop, or Jazz, World, Hunk-Ta-Bunk-Ta of Katherine Dines!!! Alexa… LOUDER! 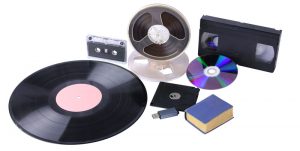 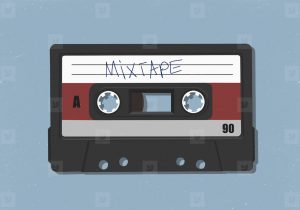 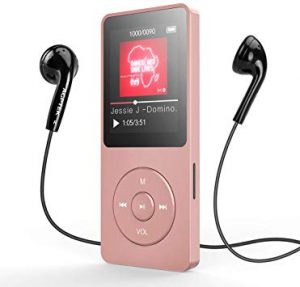 4. Creating sound effects. Old-time radio and stage productions created sound effects for audiences by playing various objects. For example: the clipping clop of a horse’s hooves were made using coconut shells and a crumpling up paper made a crackling fire.  Many of these sounds were recorded and the same sounds were used hundreds of time.  Now thousands of unique sounds are available digitally and can be “looped” to play over and over again whenever needed. Need an angry cat?   How about water going down a drain?  A pitchfork, ice in a glass… etc.   It’s gotten so perfect that you can define what kind of a glass that ice is clinking!  Pitch, tone and tempo can all be changed instantly with a tiny click, pedal or switch. 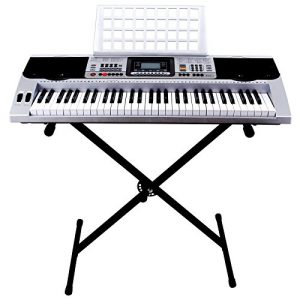 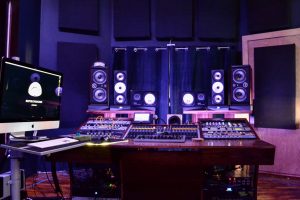 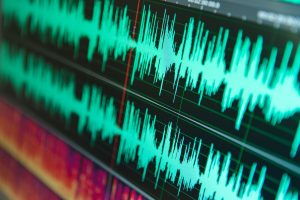 5. Music as an Industry.   Musicand music-makers have been around as long as humans have.  It’s part of every culture.  Yet, it’s fairly new as an industry. In the early 50’s  artists would literally fill the trunk of their cars with their new records and drive around the country delivering them to various radio stations, hoping to get the DJs to play their songs.  Many hits were born from that technique.  Then television changed everything.  Record labels formed and got into the act of making money from selling music.  They started doing the distribution but also charging the artists for that “service.”  Some labels even sent media stations expensive gifts hoping to “buy” their artists a top spot on the charts.  And up until about 10 years ago, artists, and songwriters were paid a royalty each time their song was played on the air, and for each record sold.  If it became a hit, it was even pretty good money! I used to sell a cassette tape/booklet in a slick package at concerts and in stores for $25, and I sold a lot of them!  Then it was CD’s and booklets, (l love including lyrics), for $15,  then just CD’s for $10 (to keep up with amazon pricing), and today as of 2020, people have stopped purchasing actual products and prefer streaming. There is so much great music in so many different genres available through so many sites, and everything can be instantly downloaded, shared, and “had for a song” — or, practically for free. A song that is streamed and listened to 1000 times will earn a songwriter a little more than $4.oo.  So today we are in a time when working hard to earn a living by simply writing songs, is close to impossible, unless you are Billie Eilish!  And  IMO, most genres other than country and pop are considered “underdogs.”  in 2020 new parents have so many musical and media options, that plain ole’ “children’s music”has moved even further down the list.  Still I am fortunate to be able to do what I love and love what I do. 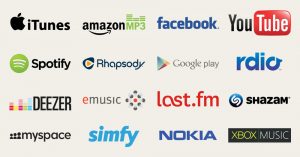