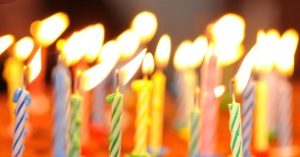 Many birthdays fall in the spring, and my calendar is literally chock FULL of them during the whole merry month of May. The day that we are born seems like an important occasion for anyone to celebrate. As we journey another year around the sun, my own May birth date has become a symbol of growth and renewal. With each passing year I try to be more appreciative of time on this planet—and that I actually get to live to experience another hour, minute, day, week, month, or whole year full of adventures.  The frustrations of this past year have inspired many changes in all of us: Black Lives Matter, environmental concerns, changes in many personal and business relationships and I THINK, made us more aware of one another and appreciative.

This is a song I sing and play when babies are born. It’s called “For Baby” But I always insert the name of the child I am singing to. It’s on my album “Hunk-Ta-Bunk-Ta BED”

The story of the “Happy Birthday” song is fascinating. It is the most recorded song in history and there are many versions of it around the world. Conde Nast Traveler shared this video highlighting how to sing birthday wishes in German, French, Spanish, Italian, Hindi, Bengali, Punjabi, Mandarin, Russian, Japanese, and more!

But who wrote the song, and where did the song come from? See below for interesting facts taken from an article highlighting the history of the two teachers who created it!

Facts about the Happy Birthday song: 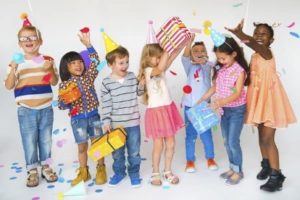 Looking for a good Birthday song playlist? There are some fun options online that you should definitely utilize:

Throughout its short history, this little song has seen many smiling faces.  Here’s wishing you a very Happy Birthday on your special date of the year. And if you think of  yourself sitting in the Hill Sisters kindergarten, you’ll never grow up!